August 23, 2017
The Joint Admission and Matriculation Board on Tuesday pegged the minimum cut-off mark for admissions into universities for the 2017/2018 academic year at 120.

The stakeholders also adopted 100 as the minimum cut-off mark for admission into polytechnics.

They agreed that admission into first choice universities should close on October 15 while December 15, 2017 was set as the closing date for second choice admission by institutions.

JAMB Registrar, Prof. Is-haq Oloyede, said universities should not go below the minimum 120 cut-off point adopted by the meeting for admissions.

He called for the adoption of flexible cut-off marks for admission processes by higher institutions in the country.

He said, “What JAMB has done is to recommend; we…
Read more

August 14, 2017
ACADEMIC Staff Union of Universities. ASUU, has declared indefinite strike over unresolved and contentious issues with the Federal Government. The union declared the indefinite strike at a briefing at Labour House, Abuja.

The National President of ASUU, Prof. Biodun Ogunyemi in a text he read while briefing journalists said, “our members across the country were getting increasingly frustrated, distracted and disenchanted. It became evident that their patience had been tasked beyond reasonable limits and government’s insensitivity imposed severe burden on the leadership of the union.
“Consequently, based on a nationwide consultation with our members, an emergency meeting of the National Executive Council (NEC) of ASUU rose on Saturday, 12th August, 2017 with a resolution to embark on an indefinite strike action starting from Sunday, 13th August 2017.
“The nationwide action is total and comprehensive. During the strike there shall be no teaching, no examination and no attendance of statu…
Read more

July 26, 2017
In
Based on the ranking released by 4 International Colleges & Universities (4ICU), an international higher education search engine and directory reviewing accredited universities and colleges in the world, we present you the top 100 universities in Nigeria for the year 2017. 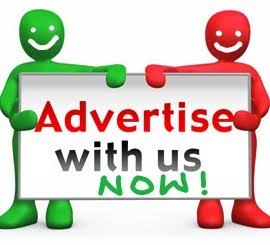